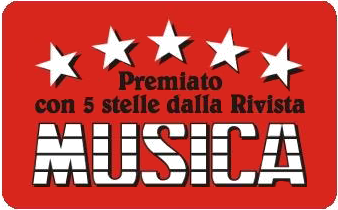 World premieres constitute a major part of my repertoire, where my task is to find the performing technique most suited to fresh musical thoughts. I resolved to approach Beethoven's score in the same manner.
In this our modern age, a full orchestra is no longer necessary to produce a large orchestra sound; carefully designed electro-acoustical amplification will yield the same effect. In Beethoven's time, this could only be achieved by increasing the number of strings.

The recording of Symphony No.5 was produced by Hessischer Rundfunk, Frankfurt, Germany
Sound engineer: Norbert Ommer

Currently out of stock.

I wrote this orchestral piece on commission for the London Symphony Orchestra and Pierre Boulez in 2000. It is an unusual task, a special honour for a composer-conductor to write music for another composer-conductor. Since the eighties I have often conducted Boulez' Domaines, and I still wonder why he begins bar-numbering with 0 instead of the accustomed 1. Out of respect for the master I dared only aim at the interspace between 0 and 1, thus the titles of the movements run from 0.1, 0.2...to 0.9, without ever reaching the number 1.

zeroPoints has other personal associations as well. Nostalgic memories bind me to the audio recordings of the fifties and sixties - the years of my childhood - which formed and determined my musical thinking in a fundamental way. Technical noise was a natural by-product of recording, of the audio technology of that time. These sound-memories appear in several of my works - for example, the hissing and crackling of old LPs at the end of the movements of Atlantis. The “tape-noise” imitation at the beginning of zeroPoints derives from the same source - but today, in the age of faultless technology, it had to be produced artificially, using double-bass tremolos. The clarinet signals that start the piece correspond to the 1kHz countdown sinus signals used in film music recordings. This, too, leads to the zero point: 3-2-1-0, and thus music starts from zero...


Beethoven... by the Ensemble Modern

Some years ago the Uffizi Gallery in Florence put on exhibition several paintings that had been cleaned of the brown dirt-glaze accumulated over the centuries, thus revealing their original bright colours - though previously, generations had believed in the originality of the dark glaze.

Likewise, when performing a piece of historical music, the most difficult task is to discover and present the original colours of the work, to shed the incrusted habits of decades.

World premieres constitute a major part of my repertoire, where my task is to find the performing technique most suited to fresh musical thoughts. I resolved to approach Beethoven's score in the same manner.

In this our modern age, a full orchestra is no longer necessary to produce a large orchestra sound; carefully designed electro-acoustical amplification will yield the same effect. In Beethoven's time, this could only be achieved by increasing the number of strings. The Ensemble Modern, as their name shows, is a modern group capable if need be of assuming orchestral form, even of filling a large concert hall with the aid of faultless technology and relatively few strings - as the present recording will attest.

Péter Eötvös is one of the best known interpreters of 20th century music, composer, conductor and professor. He was born in Transylvania and received diplomas from the Budapest Academy of Music (composition) and the Hochschule für Musik in Cologne (conducting). Between 1968 and 1976, he played regularly with the Stockhausen Ensemble.

From 1971 to 1979 he collaborated with the electronic music studio of the Westdeutscher Rundfunk in Cologne.
In 1978, at the invitation of Pierre Boulez, he conducted the inaugural concert of IRCAM in Paris, and was subsequently named music director of the Ensemble InterContemporain, a post he held until 1991.

His compositions are regularly performed throughout the world, and have been recorded by Grammophon AB BIS, BMC, DGG, ECM, Erato, Kairos, and his music is published by Editio Musica (Budapest), Ricordi (Munich), Salabert (Paris) and Schott Music (Mainz).

Göteborgs Symfoniker (GSO), the National Orchestra of Sweden, founded in 1905 and located in Göteborg (Gothenburg), is Sweden’s oldest professional orchestra. Under the direction of their present Principal Conductor Neeme Järvi, the GSO has become an important element of European musical life. In recognition of the orchestra’s high artistic standards and its successes as the ambassador of Swedish music abroad, the GSO was appointed the National Orchestra of Sweden in 1997. The orchestra goes on an international tour every season. Last year, 2000, included a tour to the USA and performances at the World Fair in Hanover. In 1999, the GSO was given a particularly warm welcome in London and Vienna, two of the leading musical cities of Europe. Another high point in 1999 was the trip to China, with concerts in Beijing and Shanghai, and also the performances at the Festival in Lucerne. The 2001 tour includes appearances at the Festival in Salzburg and a return to the Proms in London, with performances of the full orchestral version of Edvard Grieg’s Peer Gynt. Thanks to its long-standing association with Deutsche Grammophon and the Swedish label BIS, the CD catalogue of Göteborgs Symfoniker comprises about 80 titles. Notable releases include the works of classic Scandinavian and Russian composers as well as contemporary pieces by Arvo Pärt, Eino Tamberg and Rolf Martinsson.
Crown sponsor: Volvo, Main sponsors: Göteborgs-Posten, Scandic Hotels and SKF.

In 1980 a group of young musicians founded the first professional German ensemble of soloists specializing in New Music – the Ensemble Modern. Contrary to custom and tradition, all decisions, whether artistic or financial, are made jointly by the musicians, thus the Ensemble has no regular conductor or music director. Instead, the Ensemble works closely with distinguished conductors and composers like Péter Eötvös, Heinz Holliger, John Adams, Hans Zender and Jonathan Nott, Karlheinz Stockhausen, Steve Reich, Helmut Lachenmann, Wolfgang Rihm, Louis Andriessen and George Benjamin. This intensive co-operation extends into the rehearsal periods, and thus guarantees particularly authentic performances.

Currently comprising 19 members, the Frankfurt-based Ensemble has set new standards with its outstanding interpretations of contemporary music. Each year, EM gives over 100 concerts in the most well-known European cities. Besides appearances in the Konzerthaus Berlin, the Alte Oper Frankfurt, the Vienna Konzerthaus and the Kölner Philharmonie, the Ensemble is also a regular guest at important European music festivals, among them the Festival d’Automne in Paris, the Holland Festival in Amsterdam, the Edinburgh International Festival and the Wien Modern Festival. Tours have taken the Ensemble to Russia, Japan, Australia and both North and South America.
The Ensemble Modern’s unusual projects continually open new vistas in the concert world. Their repertoire includes modern classics, works by young composers, jazz, avantgarde, and dance, music theatre and video projects. The Ensemble has worked with such varied artists as Frank Zappa, Ornette Coleman, Anthony Braxton, Heiner Goebbels and Bill Viola.

The group is supported through the Deutsche Ensemble Akademie by the City of Frankfurt, by the Province of Hessen, by the Cultural Foundation of the Federal State of Germany through cultural and media funds, by the German Performing Rights Society (GVL) and the GEMA Foundation.