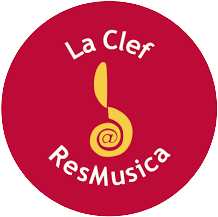 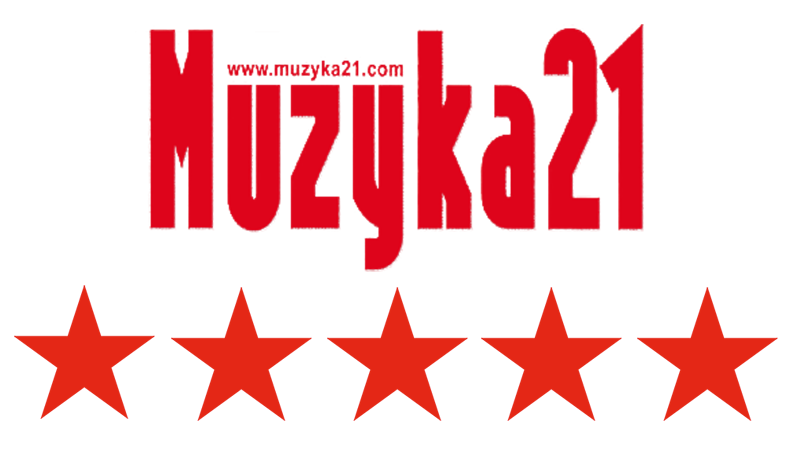 The entire oeuvre of Péter Eötvös is haunted by the theatre. His operas have brought him recognition throughout the world as a master of the genre. But his chamber music and symphonic works too have a strong dramatic dimension and are eminently theatrical...

Currently out of stock.

“My whole life, in fact, is an enduring love of theatre” (*)

The entire oeuvre of Péter Eötvös is haunted by the theatre. His operas have brought him recognition throughout the world as a master of the genre. But his chamber music and symphonic works too have a strong dramatic dimension and are eminently theatrical.

Eötvös likes to put things on stage. He admits he likes to give the utmost freedom to a director working on his operas, as long as he is sensitive to the music. But in instrumental or vocal works, he himself is the director. He often makes characters appear: Wolfgang and Leopold Mozart in his quartet Korrespondenz, Gesualdo in Madrigalkomödie, Gagarine in Kosmos... A drama is hatched, an intrigue, a psychological situation is exposed; sometimes they feature Eötvös himself, like Hitchcock in his films; other times, instead of imaginary people, artists inspire him and make their appearance. This abiding sense of theatre constitutes the underlying texture of this disc.

The robust and brilliant Sonata per sei is an explicit homage to the Sonata for Two Pianos and Percussion by Béla Bartók. It increases the number of performers to six, with an extra percussionist and a synthesiser in the guise of a third piano. The writing showcases the parallel movement favoured by Bartók; it makes reference to jazz too, in the third and fifth movements. And suddenly, in an elegiac and tormented fourth movement, Bartók himself appears, “crossing the ocean”: the exile of the Hungarian composer in the United States, his tragic end, and the turmoil of the era are evoked with feeling and restraint.

Embers, a radio play written by Samuel Beckett in 1959, made a deep impression on Eötvös. It gave rise to a first version of the work, in 1972: Now, Miss! for violin and synthesiser, with a seaside sonic backdrop. In Octet Plus, the sonic ambience has disappeared, but the text is now present: Eötvös extracts it painstakingly, bit by bit, from the soloist (a technique that points to Kurtág’s What is the Word, also on a text by Beckett). Suddenly the bitter memory of Ada’s riding lessons appears – then the soloist falls back into her almost autistic torpor; the ensemble, responds to her reservedly, as if providing incidental music to a radio play. The finale is a genuine farce: the music wonderfully reflects the tragicomic confusion of poor Henry, unable to determine whether or not he has put his trousers on correctly.

In a gripping concentrated four–and–a–half minutes, Natasha presents all the vulgarity and stupidity of the character from Chekhov’s Three Sisters: clarinet, violin and piano, stretched to the limits of their registers and dynamics, exhaust our nerves and our ears, just as in the play the three aristocrat heroines find Natasha's hysteria so trying.

In There’s a taxi waiting for Chekhov, but he’d rather go on foot Eötvös once more conjures up the artist who inspires him. Listening to it, we can easily imagine the writer strolling through the pallidly lit Moscow streets, his step hesitant, surrounded by visions of his characters...

Erdenklavier – Himmelklavier nr. 2. pays homage to the composer Luciano Berio. Eötvös was close to him, and liked to play his Erdenklavier, a work for piano; the day after Berio died, Eötvös composed the first version of this mournful piece. While the heavy chords in the contrapuntal texture move conjure up the tread of the funeral procession, the end, diaphanous and in suspense, with a slight quickening of pace, perhaps depicts (as well as Berio playing the Himmelklavier) the paths the deceased composer had mapped out and which remain open for exploration...

In Psy, Eötvös himself is centre–stage: this work, which reduces Psychokosmos for cimbalom concertante and orchestra (1994) to the essentials, is in effect a retrospective and introspective self– portrait. While Kosmos for two pianos (1961) portrayed the Big Bang and the infinite expansion of the universe, Psychokosmos, by contrast, is an inward journey. The lyricism and humour of the author are present throughout, as is the expressive and theatrical cimbalom, which at times seems to have the gift of speech.

Cadenza is the cadenza for flute from Shadows, an equally personal, “family” work, as the composer describes it, and is marked by grief. This cadenza is especially dear to him, because it is written, he says, “in his musical mother tongue”: that of Transylvania.

The music of Péter Eötvös is featured regularly on the programs of orchestras, contemporary music ensembles, and festivals worldwide. As composer–conductor, he has led projects focusing on his work in Paris, London, Berlin, Frankfurt, Vienna, and other art centers. His operas, Le Balcon, Angels in America, Lady Sarashina, Love and Other Demons and Die Tragödie des Teufels followed the lead of his Three Sisters by generating an ever–increasing number of new productions.

Eötvös is generally regarded as one of the leading interpreters of contemporary music. He performed regularly with the Stockhausen Ensemble between 1968 and 1976, and collaborated with the electronic music studio of the Westdeutscher Rundfunk in Cologne from 1971 to 1979. In 1978, at the invitation of Pierre Boulez, he conducted the inaugural concert of IRCAM in Paris, and was subsequently named musical director of the Ensemble Intercontemporain, a post he held until 1991.

His teaching activities are equally important to him as his composition and performance career, especially his work at the International Eötvös Institute and Foundation for young conductors and composers in Budapest, which he founded in 1991.

Founded in Strasbourg (eastern France) by pianist and conductor Jean–Philippe Wurtz in 1998, the Ensemble Linea has been involved since its beginnings in a democratization of contemporary music, by giving precedence to the encounter with the audience, an openness towards other artistic disciplines, and an active policy of concert.

Beyond any schools and trends, the artistic project of Linea covers quite diverse aesthetics and perspectives – from musical theatre to electronic music, from western music to the rich Asian repertoires. Linea is actively engaged in the creation of music, working with many young composers. Pedagogical aspects are developed in the composition sessions in which the Ensemble Linea participates in Royaumont (2009 and 2010) or in the Residency for Eight Composers organized by the Ensemble itself in 2008. Moreover, this work is consolidated by giving commissions to composers, leading to long–term and fruitful cooperations.

From the beginning, Linea has won the confidence of leading composers. In the first ten years, an intensive work with composers such as Klaus Huber, Ivo Malec, Younghi Pagh–Paan and Michael Jarrell led to many new pieces written by them for the Ensemble and to several CD productions. Some years ago Linea began a close working relationship with Péter Eötvös: the Ensemble has played almost his full catalogue of ensemble and chamber music as well as his new piece Octet Plus, first performed in 2008.

Since 2003, Linea has been organizing its own festival, called Champs Libres, taking place each June in Strasbourg. The event is a showcase for the work of the Ensemble, which presents several concerts focusing on artistic, political or social topics (art and new technologies, young creation, geopolitical dialogues through musical works, etc.).

Linea has initiated many crossover projects. For instance, in 2004, the Ensemble performed Stockhausen’s Kurzwellen in collaboration with the Hoogenraad company, which created a dance adaptation of the music. The Ensemble also worked together with a Seungmu dancer (Korean dance performed by Buddhist monks), performing a new piece especially written for this dance by Korean composer Hyunhwa Cho.

Currently, Ensemble Linea has a five year residency at the Royaumont Abbey (near Paris), where it is required for concerts (composition workshop with, among others, Brian Ferneyhough, Liza Lim, Francesco Filidei, Isabel Mundry); for masterclasses (including a conducting masterclass with Péter Eötvös in 2013); for educational programmes; and for the first performance of Xavier Dayer’s opera in 2013. Linea itself organized a residency during 2007–2008, in which the Ensemble accompanied the creative work of eight young composers from France and abroad. In June 2008, the eight new works written during the residency were performed by Linea during Champs Libres.

In 2001, a CD by Linea entitled Ivo Malec: OEuvres pour orchestre was released on the Motus label. The magazine Diapason awarded a Diapason d’Or to the Ensemble for this first recording.

Born in 1968, Jean–Philippe Wurtz studied at the National Conservatoire of the Region of Strasbourg where he obtained first prizes in piano, chamber music, and analysis. He continued his studies at the Karlsruhe Musikhochschule and received instructions from Ernest Bour whom he met in Strasbourg. At the same time, he was admitted as a student to the International Eötvös Institute where he studied with Péter Eötvös. There he conducted the Asko and Contrechamps ensembles.

In 1998, he founded the Ensemble Linea devoted to contemporary music. In 1994, he was assistant to Kent Nagano at the Lyon Opera, then to Friedemann Layer at the Montpellier Languedoc–Roussillon Orchestra, which he regularly conducts. Since then, he has pursued an international career as a conductor, with a focus on contemporary music.

Award winning Tasmanian born Allison Bell was universally acclaimed for her performance creating the role of Sierva Maria in the world premiere of Eötvös’ Love and Other Demons at Glyndebourne under Vladimir Jurowski, repeating the role in Vilnius and Strasbourg. She was soloist for Eötvös Portrait concerts in Caen, Budapest and Madrid.

Henry:
That sound you hear is the sea, we are sitting on the strand.
I mention it because the sound is so strange, so unlike the sound of the sea,
that if you didn’t see what it was you wouldn’t know what it was.
I never finished anything, everything always went on for ever.

Ada:
Have you them on now?

Either I don’t understand, or you simply don’t want to understand me.

So many people in the house!
We do have to help the folk who lost their homes in the fire,
that’s our duty as well–off people!
I only hope that Bobik and Sofochka haven’t caught anything nasty.

(to Anfisa)
How dare you sit in my presence!
Get up at once! Get out of here!

(to Olga):
In any case, what makes you put up with that old woman?
There’s no need for us to have useless people staying in the house.

Either I don’t understand, or you simply don’t want to understand me.
She does nothing but sleep... or sit about.

(hysterical)
What do you mean, let her sit about?
We have a chambermaid, a cook, what on earth use is that old woman?
Don’t you dare contradict me!
Don’t let me find that old witch here tomorrow!
And if you don’t move downstairs, then you and I shall always be squabbling.
That’s awful.