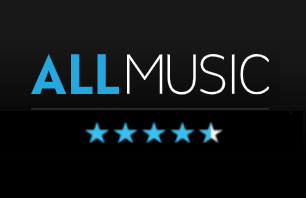 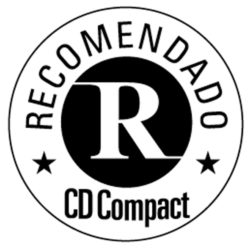 In spite of all the influences that have affected me, I would not label my études as Chopinesque, or Debussy-esque, neither African nor jazz, let alone mathematical constructions. They are not avant-garde, neither tonal nor atonal. They are virtuoso piano pieces; études, in both the pianistic and compositional sense. They are like organisms that grow from a simple germinal idea to reach a high level of complexity.

I lay my ten fingers on the keyboard and imagine music.


How did I take it into my head to write virtuosic piano études? The original stimulus was, more than anything, my own inadequate piano technique. I wanted to transform my ineptitude into professionalism.

The paradox compositional route described by Ligeti is the opposite to the one Liszt took: Liszt became a great virtuoso pianist first, then, gradually shedding this role, he became a great composer too.
The path taken by Liszt is best shown by the three series of transcendental études: first the technical series, which he started at the age of 13, then, in a more developed form the most notoriously difficult piano pieces of the time (1838, Grandes Études), and finally in 1851, a few years after withdrawing from concert life, the final series, with its consolidation of extreme technical difficulties

...I called on the assistance of the four great composers for piano: Scarlatti, Schumann, Chopin and Debussy, writes Ligeti. Liszt’s name is conspicuous here by its absence. On one hand, it is clear that for Ligeti the Liszt tradition cannot be continued. Even less so the tradition started by Liszt as a performer, and continued by hundreds of superficial imitators, in which the performer thrusts themselves in front of the music. On the other hand, of the four composers mentioned, three can be grouped around the figure of Liszt as one of the central figures of nineteenth-century music, who had significant points of contact with Chopin and Schumann; whose sometimes progressive way of writing inspired Debussy too; and who absorbed almost all the music of his time, and passed everything on. A similarity can be seen between this musical cosmopolitanism and Ligeti’s attitude, who of course endeavours to “own” the music not only of his own time, but the whole of music history, even if at a further remove than Liszt the romantic, and employing the tools of alienation.

In spite of all the influences that have affected me, I would not label my études as Chopinesque, or Debussy-esque, neither African nor jazz, let alone mathematical constructions. They are not avant-garde, neither tonal nor atonal. They are virtuoso piano pieces; études, in both the pianistic and compositional sense. They are like organisms that grow from a simple germinal idea to reach a high level of complexity.

Liszt: Preludio
A brief improvisatory introduction to the later large-scale études, with their poetic programmes. The pianist takes possession of the entire keyboard with a virtuoso flourish.

Liszt: Études d’execution transcendante 2
One of the basic piano techniques for creating rhythmic tension: quick alternation of the two hands.

Ligeti: Désordre
A radically new application of the principle above. One hand imitates, at a distance of a few notes, the Hungarian folksong-like melody in the other hand. The right hand plays on the white keys, the left hand on the black keys, in two different scales. The imitation becomes denser, and there is less and less time to hear the two layers as they cut into one another. Meanwhile the range expands, and reaches its upper limit just when the rhythmic density “deconstructs” the order (which now appears chaotic) into disorder. The “possession” of the entire keyboard and the arrival at its outer limits is, as in a similar point in many other Ligeti études, a symbolic gesture.
To execute the complicated rhythm the composer employs a pulsation technique borrowed from African folk music. With this, the performer, if he plays “accurately”, gives the impression of deforming the pattern or motive, of “smudging” it.

Ligeti: Cordes à vide...
Fifths. In the pianistic quality of one piece, the physical pleasure of touch plays almost as great a role as does sound. (Gy. L.) A Schumannesque sound world, a Chopinesque touch and way of writing increasing rhythmic density. The coda has distant horns, à la Brahms.

Liszt: Paysage
Like Chopin, Liszt was also influenced in his composing by the style of contemporary Italian opera. The blurring of boundaries between genres, or the fact that an étude could be a “non-étude” (without fast, mechanical movement) was frequent in this period.

Liszt: Grandes études de Paganini 4
A real étude. The insertion of a piece by the rival virtuoso composer was a typical gesture. The special violin effects are transformed into Lisztian piano technique. Fast broken chords with cunning alternation of the two hands.

Ligeti: Der Zauberlehrling
A new interpretation of speed. Overstepping even the extremely fast tempo indications elsewhere, according to the composer’s direction the pianist should almost reach the speed (14 notes per second), beyond which the listener no longer hears individual notes, but they become blurred together. There are tricks in sound and rhythm: what is heard and what the performer plays are not the same (as in a movie where an accelerating wheel “stops”, then begins to turn backwards, or like Escher’s “impossible perspectives”, which are also among Ligeti’s sources of inspiration). As well as a special repetition technique (the motion proceeds, like dividing cells, in the direction of shifting seconds) it is thankfully pianistic, and “lies under the hands” like Liszt’s études.

Ligeti: Galamb borong
Pseudo-gamelan music. (It was Debussy who introduced the sound-world of Indonesian percussion ensembles to western music, and who is an invisible link between the two composers of études on this disc.) The motion, blossoming perceptibly in space, the use of register, the masterly and delicate combinations of changes in sound, density and state give the experience of freedom of flight.

Liszt: Chasse neige
The sound, the mode of expression, the number of notes and the necessary instrumental effort at times strain the limits of the “traditional” étude.

Ligeti: Automne à Varsovie
The African pulsation technique used in the first étude here serves to create a different kind of rhythmical excitement. The composer’s ambition was to write a three- and sometimes four-part “fugue” in which all the voices have a different speed (“polytempo”). The human brain not necessarily being adapted to control or follow several voices in the same tempo, it is interesting to see the facility with which pulsation technique enables this to happen for voices in different tempi. The dizzying rhythm is counterbalanced by more traditional use of harmony. The enormous tension of the various climaxes is also a way of creating balance within the larger form.

Ligeti: Arc-en-ciel
In Ligeti’s words this is “almost a jazz piece”. It is a world of reinterpreted harmonies and mixed styles. At the end of the piece the pianist seems to “run out” of keys in the high register, giving the impression of sound tapering into nothing.

Ligeti: En suspens
Wildly differing elements from Hungarian folk music and jazz here find themselves, quite naturally, in close companionship. The right hand plays on the black keys, the left hand on the white keys, then they change. There are delicate shifts and shading in rhythm and sound.

Liszt: Harmonies du soir
The first section is built upon widely-spaced chords, conjuring up great vistas, and modulations which change the listener’s perspective. After a transitional passage, with its personal recitative, the second section expresses a blaze of ecstasy, followed by a calming recapitulation.

Ligeti: L’escalier du diable
Once more, Escher’s clever prints come to mind: the steadily rising steps attempt to break through the upper limit of the sounding texture, but the notes, as they wind their way up like a spiral, are placed in space with such refined technique that room is always left to rise further, and increase the tension.
The formal boundaries of this piece are clearer than those of the other études. In the various longer sections the same upward-climbing base material appears in different guises, states and characters, and eventually perforates the upper limits of the sounding space. In the final section these contrasting materials are set in opposition to each other, and at the end of the piece they simultaneously reach the highest and lowest reaches of the keyboard. The indication in the score is to allow the sound to die away, then “silenzio assoluto” (complete silence).

Ligeti: Coloana infinitặ
The music was inspired by Brancusi’s monumental wooden sculpture, reaching into the sky. The carefully woven chords, as they loop upwards in a fast tempo, are not heard separately, but in spite of the loud dynamics melt into a delicately differentiated, unusual rumbling. The performer has to increase from full volume to an even fuller one: according to the indications in the score in the last third of the piece the fffff dynamic should be raised to ffffffff (a somewhat similar gesture to Schumann’s famous indication: “as fast as possible”, then at the end of the movement: “even faster”) and in the meantime by the end of the piece we arrive at the upper limit of the keyboard. Here the composer’s instruction is to “stop suddenly, as if broken off”.

“...The effect of the use of the extremes of pitch and register is based not only on the physical tension it creates (tension which causes in the listener a feeling of drifting, vertigo, and mild ecstasy), but also on the symbolism which suggests a limit, a border and a threshold – metaphors which imply they are to be overreached, and that one is to pass into the beyond.”
(Herman Sabbe on Ligeti’s music)

Adrienne Krausz The Twilight of Liszt