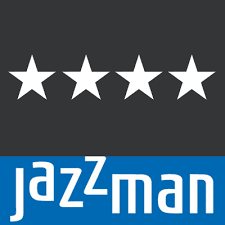 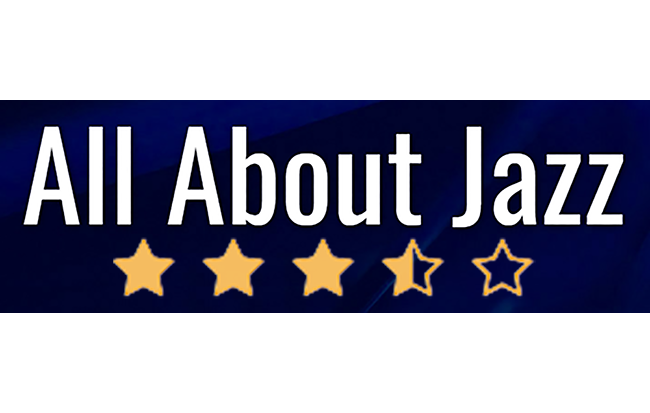 Fabulas is an album of friendship. The inception of this truly "fabulous" project can be dated back to the time when, as a Cuban singer, I got to know Gábor Winand, the startlingly original Hungarian singer. I had found a true pearl where I least expected it, and was astonished to come across such a treasure in Central Europe.

Fabulas is an album of friendship. The inception of this truly "fabulous" project can be dated back to the time when, as a Cuban singer, I got to know Gábor Winand, the startlingly original Hungarian singer. I had found a true pearl where I least expected it, and was astonished to come across such a treasure in Central Europe. Gábor is now my life partner, and though we live in Hungary, he has become a member of the Valle family.

My brother Ramón, a pianist who lives and works in the Netherlands, has often travelled to Budapest for my sake, to take part in the recording sessions of my band, Latin Jazz Syndicate. Ramón and Gábor thus met as musicians, and it was then that they began to lay the foundations for their later work together. Over recent years their friendship has deepened, and naturally family ties have also reinforced the musical relationship. For my part, I hold these two little birds ever tighter; I would never like to lose them. Two "loves", two passions, two different, but unique talents. Their first concert as a duo took place in Budapest in December 2007.

This fable has a third hero too: Eric, the Dutch trumpeter, who has long played with Ramón. His person has made it possible to enlarge the formation, and making a recording together was a natural continuation of the work already begun. The first joint rehearsals were in the Netherlands, and later they presented their programme to the broader public in autumn 2008 at the MOL Budapest Jazz Festival.

Armed with the experience of the concert, they made a studio recording of Fabulas, whose songs even without words tell with perfect ease of life, love, friendship and brotherly feelings - and hopefully everyone can identify with this.

It gives me special pleasure that while previously I could share the musical carpet Gábor spread before me only with my brother and my loved ones from Cuba, now I can invite a much wider audience on this wondrous journey spanning the continents.

Gábor Winand (Budapest, 1964) started his musical studies on the clarinet, and then after primary school turned to singing. In the jazz department of the Bartók Béla Music Secondary School, his teacher was Attila Garai. After finishing school he was soon invited to play in the band of guitarist Gyula Babos, one of the great personalities of Hungarian jazz life. He continued his instrumental studies along with singing, and later became an eloquent saxophonist and flutist.

In 1990 he got to know Gábor Gadó, who to this day remains his most important creative partner, and with whom he first performed in the band Joy. Later he featured in the Trio Stendhal, and the band ESP. Pianist and composer György Vukán composed the song cycle Love Poems for him to poems by Pablo Neruda.

Since 2001 he has been an influential member of the Elemér Balázs Group, with whom he has recorded many discs. The album they made with Charlie Mariano (Our Worlds Beyond) is particularly memorable, as were their gigs at the London and Skopje jazz festivals, and many other European cities such as Berlin, the Hague, Vienna, Oslo, Glasgow, etc.

In 2001 he took part in the Hungarian Radio singing competition as a member of the jury, and performed at the gala concert. Following this Al Jarreau, the chairman of the jury, expressed his delight and invited him to share the stage in his own concert. Winand is often featured as an instrumentalist and singer in the band of his wife, the Cuban singer Elsa Valle. In his own quartet Péter Rozsnyói plays piano, József Barcza Horváth plays bass and András Dés plays percussion.

More recently he has played in many concerts with Béla Szakcsi Lakatos, in duo and quartet formations. In recent years he has once more played often with Gábor Gadó, who as a composer left his mark on Winand's solo discs. Of these his 2002 album Corners of my mind won the Choc de l'année prize from the French magazine Jazzman as one of the most outstanding discs of the year. His further BMC releases have all achieved international success: Agent Spirituel (2003), Different garden (2004), Opera Budapest (2006), and his recent recordings feature French musicians such as Airelle Besson, Matthieu Donarier, Sébastien Boisseau and Joe Quitzke.

In past years he has received many invitations abroad with his own repertoire, such as the concerts at the Souillac Jazz Festival, the Tours Jazz Festival, the Crest Jazz Vocal, the Mitteleuropa Jazz Festival - Schiltingheim, Iberoamericana (Cuba), and clubs in Paris, Valenciennes, Barcelona, Dresden and other cities.

Ramón Valle (born 1964) started studying the piano in his home town of Holguín, Cuba, and graduated in Havana in 1984. His exceptional talent was soon discovered, as a solo artist and as the leader of the jazz quartet Brújula, when he appeared in Mexico, Bogotá and Havana.

"The greatest talent among our young pianists" in the words of Chucho Valdés, introducing him on his debut Levitando (1993), proved to have a sound of his own. Although the influence of classical music and especially of the triumvirate Jarrett-Corea-Hancock can be heard, Valle is able to weld diverse influences to create a unique style that eludes traditional categories. Rather than being a pianist who plays Latin Jazz or Cuban Jazz, Valle is a Cuban jazz pianist, who produces pure, contemporary jazz, with the charisma and expressiveness of a true story-teller.

He was first invited to Europe by Barcelona's Jamboree Jazz Club, when critics were struck by his virtuosity and technical perfection. Valle went on to great success at other European and Latin American venues and to release Piano Solo, his second CD. His compositions and playing are charac-terized by great originality and powerful lyricism, and an ability to evoke diverse atmospheres within one tune. In 1998 Ramón settled in Europe, where his tours of Germany, Spain and Scandinavia have elicited unanimous praise. After his first appearance at the North Sea Jazz Fest (2000), he was invited again next year with the Canadian saxophonist Jane Bunnet. He first recorded Danza Negra for the German label ACT (2002). It is a personal, unorthodox view of the work of Ernesto Lecuona, a great Cuban classical composer, surrounded by Perico Sambeat on alto sax and Horacio 'el Negro' Hernández on drums.

Soon Valle was celebrated at international festivals such as the Montreux Festival, the Leverkusen Festival and at the Festival de Jazz Plaza Habana. In 2002 Valle met the trumpeter Roy Hargrove, and soon they performed together at the North Sea Jazz Festival. Hargrove said: "He knows how to play soft and he still builds so many things. There's so many bags he can reach from. It's really a pleasure listening to him and to play with him as well".

In 2003 Valle proved his talents as the leader and composer of a ten-piece orchestra in the Concertgebouw, where Mixed-up Mokum was premiered, a composition commissioned by the city of Amsterdam. On his CD No Escape (2003), Valle excels as a jazz musician beyond categorization and explores his earlier narratives further. Since the release of his latest solo outing, Piano Works IV: Memorias (2005 ACT), he has extensively toured Spain, France, Germany as well as South Africa, Columbia and Australia.

Eric Vloeimans is regarded to be one of Europe's best trumpet players. He displays an extraordinary talent for playing original music. As a composer he does not feel restricted to one particular style, at the same time he has managed to create a language of his own. Vloeimans has been honoured by the Dutch Edison Award four times, the Boy Edgar Award, the Elly Ameling oeuvre prize and the prestigious Bird Award at the North Sea Jazz Festival. He is unique among many of Holland's top international jazz artists in that he does not shy away from playing beautifully. He has mastered the complete range of the trumpet, from the energy laden high notes to the soft, velvety, almost wooden sounds.

Born 1963 in Huizen, Vloeimans initially studied classical music at the Rotterdam Academy of Music. He got interested in jazz after meeting musicians from that department and switched - graduating with distinction in 1988 and continuing his studies in New York, studying with Donald Byrd and gaining experience playing in the big bands of Frank Foster and Mercer Ellington. He practises classical studies to keep his technique up to scratch. However, "technique isn't everything", he says: though technically limited, Don Cherry is one of his favourite players.

Vloeimans has been active in a wide variety of ensembles all over the years. The Eric Vloeimans Quartet and his recent Gatecrash group have earned reputations as being Holland's top bands. Vloeimans' performances with a multitude of other formations has shown his versatility. His musical talent, easy-going attitude and great sense of humour have brought him to play with national and international artists.

His trio Fugimundi with Anton Goudsmit on guitar and Harmen Fraanje on piano went on US debut tour in 2008. He has recorded for BMC before with the French saxophone player Alban Darche (Trumpet Kingdom, 2008).