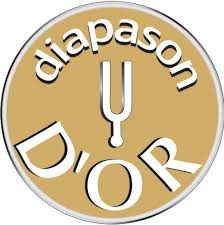 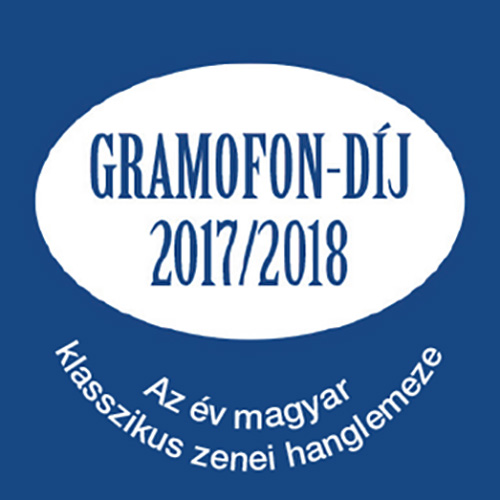 Fritz Kreisler (1875–1962) would likely be satisfied with the reception of his works even today. He wrote several operettes, countless songs and even a string quartet, but never touted himself as an important composer; nevertheless, he made a huge contribution to the broadening of the violin repertoire with his transcriptions, arrangements, his part in performing them, and, last but not least, his own original works.

“Only a few weeks ago you recorded your last album with Barnabás Kelemen: Fritz Kreisler’s pieces for violin and piano. Even there, you are teaching. In your hands, pieces we used to pass by with a shrug of the shoulders have become diamonds... (Perhaps they are?)”
György Kurtág
(Spoken at the commemorative ceremony for Zoltán Kocsis on 19 November, 2016 at the Liszt Ferenc Academy of Music.)
“Of all my chamber music partners, Zoltán Kocsis has had the greatest effect. The sweetest and perhaps most coveted fruit of this relationship is this recording, after twenty years of joint music-making, during which we had moved from the profundities of Bartók to the heights of Bach.
I don’t know, when Zoltán selected from Fritz Kreisler’s marvellous world the music of thirteen nations and peoples, whether this decision was conscious or not. Whatever the case, let these twenty-one masterpieces by the legendary violinist work their magic, far and wide!”
Barnabás Kelemen

A SMILE TO CONQUER THE WORLD

Fritz Kreisler (1875–1962) would likely be satisfied with the reception of his works even today. He wrote several operettes, countless songs and even a string quartet, but never touted himself as an important composer; nevertheless, he made a huge contribution to the broadening of the violin repertoire with his transcriptions, arrangements, his part in performing them, and, last but not least, his own original works. Some of these little pieces became wildly popular almost the moment they were written, appearing in the programme of almost all the important violinists of the time from Ysaÿe to Elman, Szigeti to Heifetz, and Vecsey to Zimbalist.

Ideal as encores, for some performers they were almost de riguer as the confectionary with which to conclude solo violin recitals, at the same time they were practically crying out to be recorded at a time when sound recording was in its infancy, and record companies and artists alike exploited this opportunity. From the mid-1910s repeated recordings of Kreisler’s works became a regular feature in the studios of various record companies. Sales figures showed clearly that the applause at concerts had generated lasting demand: the buying power of the public also contributed to getting this “Unterhaltungsmusik”, which hovers on the brink between serious and light music, into the homes of middle-class families. Most markedly, of course, through the performances of Kreisler himself. There are umpteen recordings this king of violinists made from 1904 to 1941 (when he was hit by a truck in New York, and spent a week in a coma with a fractured skull, though he recovered and continued his career) for the largest record companies of the time. And there was a market for them: Kreisler’s seductive tone, his particular vibrato, his portamento never breaching the boundaries of good taste, are first-hand remnants of the magic of the Viennese Secession, of the musical Babel of Austro-Hungary in its final years of peace, when the most important masterpieces of the century were created. These pieces, short or sometimes more extended ones, represent a special “notebook” of the fin de siècle and the beginning of the [twentieth] century, perhaps one of the most interesting periods in music history. They reflect the mood of the era just as in his time Franz Liszt, with his transcriptions and paraphrases held up a mirror to the styles and characteristics of the period from the Baroque up to his contemporaries. No wonder their popularity outlived the changes in period, style, and approach.

Where does that magical warmth come from, that gripping rapture, the verve that never brims over into unbridled rowdiness, which has captured so many hearts, souls, and of course ears? Where does that “Viennese tone” come from, which had such an elemental effect world-wide, conquering millions of music-lovers all from radically different cultures? The sound that, directly or indirectly, inspired so many composers? Perhaps Schubert was the first true master who, as a true-born Viennese (something that Haydn, Mozart, and Beethoven could not lay claim to) was able to imbue his own music with the ambience of music-making clubs of the lower middle classes, and did so with an authenticity that astounded certain of his contemporaries. Every one of his followers found in his style the elements that would best help them form their own voice. Even exponents of ‘lighter’ genres borrowed generously from the inexhaustible heritage of ‘Gemütlichkeit’, of Viennese geniality. Along come Lanner, Suppé, Zeller, Millöcker, the Schrammel brothers, and to cap them all, the kings of the waltz, the Strauss family. And there is the forever-lost era of his birth in Brettl and its century-old sparkle. This was the soil that nurtured the Second Viennese School, (most closely associated with the name of Arnold Schoenberg), and the link between them and their predecessors is unmistakable. This airiness beguiled even outsiders, primarily Richard Strauss: who can tell whether, without the works of his predecessors, Zarathustra would have rounded off his ruminations with a waltz? Nor is it purely symbolic that Gustav Mahler was laid to rest in the Grinzing Cemetery.

Kreisler, then, was born into a tradition so great and varied that he couldn’t have freed himself from its influence if he’d wanted to. His unique, immediately recognizable violin sound also had its predecessors; it can be traced back customs, in the noblest sense. This charming, sweet tone enchanted not only the public, but even his violinist peers. Practically to the end of his life, he was respected by his contemporaries as the prince of violinists, just as we, their latter-day heirs, do today. This is due largely to his work as a composer. Naturally there were others besides Kreisler, important violinists who composed, published, made arrangements, including talented or even brilliant composers (such as Enescu). But Kreisler’s universality marks him out, which would seem to indicate an approach beyond any particular school. Or rather: his eclecticism is indisputably Viennese in orientation and even if he is open to other times and styles, he draws primarily from his own roots. Even his student years in Paris could not dampen the life-long influence of his birthplace. Kreisler, an artist who studied in the same school as Hellmesberger and Bruckner, remained a citizen of the imperial city to his very bones (quite literally: in World War I he fought in the Austrian army). His compositions bear unfailing witness to this, but even his playing manifests itself in poliglot utterances whose tell-tale Viennese accent can be recognized whichever language he happens to be speaking. The reviews of Aladár Tóth (a leading figure in aesthetics in Hungary, and the most important critic of all time in Hungarian), though slightly caustic tone, pinpoint the essence of Kreisler’s art: “Actually with Kreisler [...] the smiling genius of Viennese warmth conquered the world. It lulls the listener with sentimentality, it delights with stylish dance rhythms, and above all with the beautiful, charming, heart-wrenchingly sweet violin tone. The magic of the Lanner and Strauss, which for a true Schrammel musician is a sine qua non, here conquered audiences from this powerful ‘rostrum’. [...] And finally: when Kreisler starts to play his own [...] compositions, the natural poetry of the musician’s soul is liberated, and the audience lies in his palm of his hand.” For sure, Kreisler was indubitably a king in his time, and when he appeared on the rostrum, he commanded not only respect, but rapt attention throughout the concert. And more than this: a sizeable number of his works and recordings have stood the test of time – half a century after his death we can state this with confidence.

A multifaceted musician, Kreisler was also an excellent pianist, though he was far from being the only one: Enescu, Heifetz, Grumiaux and many other violinists were also greatly skilled at the piano. Yet even among these, Kreisler stands out for the extremely high quality of the piano accompaniments in his pieces, the vast majority of which require great technical skill and interpretative insight. Even at first sight, these piano parts strike one as the work of a pianist himself, at least as far as being able to match the music written with his own physiological and auditory experiences. Interestingly, despite these high standards, he chose relatively poor (sometimes even unworthy) partners as accompanists. He did not strive even for the playing of the piano part to be in line with the general quality of his violin playing, let alone of equal rank with it. With a few refreshing exceptions, the piano matadors on his recordings are mediocre or worse, who obviously set to the task mid-tour or at the end of a tour “with passable routine”, to put it mildly. Recording techniques of the time cannot be blamed for late entries, clumsy pedalling, the lack of balance within the piano part, or for anything else that leads today’s listener to feel that this violin playing deserves far better accompanist(s). As if to demonstrate this, in recordings Kreisler was prepared to appear before the public as a pianist not only as an accompanist, but also as a soloist: his performance of the Dvořák Humoresque is shining proof that his keyboard touch was exceptionally sensitive.

On the other hand, of course, it is no surprise that Kreisler found no accompanist of stature and keen sensitivity, who were worthy of his art not only on the concert platform, but also on the black shellac gramophone records (with the exception of the three sonatas recorded with Rachmaninoff). His piano parts are far from being sight-reading material, and require thorough and subtle preparation. Hardly a single one of his pieces has an accompaniment lacking in precision or minute detail. The textures show his orchestral thinking yet never become unplayably difficult; but the pianist cannot get by without hard work, and even regular experimentation. And the deployment of the instruments and their elaboration is not the only special feature: there is something quite specifically Viennese, of the operette, in the opulence with which Kreisler measures out the dominant seventh minus the fifth, as the first step on the way to an open-voiced chord. This is what brings intimacy, and even sensuality, to the maggiore section of the Liebesleid, what provides the melting beauty of the chord progression in Midnight Bells; and makes no small contribution to the central section of Schön Rosmarin.

One could go on dissecting the accompaniments that Kreisler wrote, their characteristics, value, and special features, behind which lies not only an exceptional feel for sound, but rock-solid pianistic skill. But no list can substitute for the most persuasive argument: an authentic performance in sound, transforming the works into an acoustic experience. Such painstaking detail (obviously) deserves a performance faithful to the text, at the price of sheer hard work, and even more - the tacit careful correction of typographical and scribal errors.