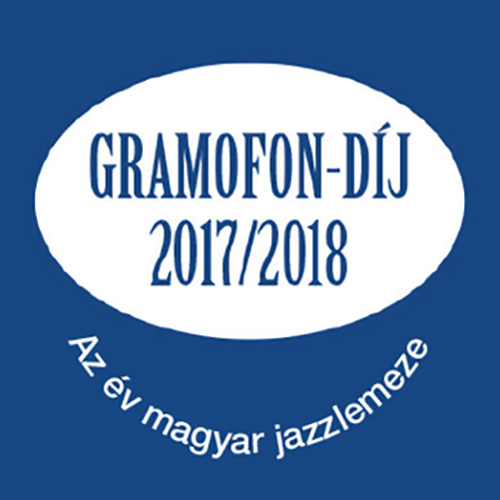 We founded TRIAD three years ago so that we could discover together the great musical unknown, places never seen before, places we could only get to with each other’s help. On this adventure we are joined by the brilliant guitarist Lionel Loueke, who with his openness, modesty, and special personality, made our journey even more beautiful and exciting. I feel that the music welcomed us, and we found a new home.

Nowadays millions of people are setting out for real into the unknown, hoping for a better life, because they want to – or because they have to. I hope they too will somewhere find welcome and acceptance...

We founded TRIAD three years ago so that we could discover together the great musical unknown, places never seen before, places we could only get to with each other’s help.
On this adventure we are joined by the brilliant guitarist Lionel Loueke, who with his openness, modesty, and special personality, made our journey even more beautiful and exciting. I feel that the music welcomed us, and we found a new home.
Nowadays millions of people are setting out for real into the unknown, hoping for a better life, because they want to – or because they have to. I hope they too will somewhere find welcome and acceptance...
Thanks to Tzumo, Marci and Lionel for the journey together, to Tamás and Viktor for their excellent work as sound engineers, and to Bogi and everyone at BMC for their support. Thanks to my family, Milán, Marci, Hanna and Leila, for everything.
Kristóf Bacsó
I vividly remember the December night when I heard the meticulous Kristóf Bacsó play his most generous, even leisurely solos. It was in the company of a featured artist and his established trio, it was a feast. The intellectual and emotional heat pumped up by the players was in strong contrast with the cold winter outside. Bacsó certainly has a local following, but the house was packed as the mesmerizing star, Lionel Loueke turned up; it was something else. He has invited the guitarist-vocalist-composer from the States, hailing from Benin, and that session produced this set of Pannon Blue. Bacsó and Loueke have first met in the nineties and have become friends in the States. He has been releasing his albums on Blue Note since 2008, and is a regular in the bands of, among others, Herbie Hancock and Joe Lovano, Robert Glasper and Wayne Shorter.

Bacsó, a sharp musical intellect, has always come up with spellbinding compositions, such as Caffeine Express or Lunar Dance and they have always been cleverly arranged for his quintet or the big band Modern Art Orchestra, where he is a key member. In fact the latest disc of MAO features his compositions exclusively. Bacsó is a thinker, maybe because he started out on the classical violin, instead of wanting to blow the reeds in the anger and angst teenagers usually feel. Bacsó crossed over to jazz having been inspired by the chance to improvise, and he has never lost that fascination of his; you feel the momentum as soon as he starts out. You see, ad libs usually do not make it to the final master from the warmup phase in the studio, but they did on this recording: two tracks of them, right away.

After he studied in Budapest, Bacsó perfected his craft in Paris and Boston. Since then, he has put out a significant body of work including quintet, quartet and big band dates, live and studio recordings, almost exclusively on BMC Records. Gábor Gadó (guitar) and Kálmán Oláh (piano) are just two of the many influential leaders on the European scene with whom he worked on quite a few dates. Although he used to cling onto the alto for many years as his prime instrument, while always having an alternate sized reed at hand, his recent change to the tenor has certainly enriched the possibilities of his artistic expression.

His main vehicle over the last four years, Triad, actually a trio of Hungarian Berklee graduates, has cut out a niche for itself, while all three members have collected various other credits on the scene. The youngest of them is Márton Juhász, probably the most soft-spoken drummer I have ever met. He is terribly busy honouring all the invitations as well as gigs as a leader in and out (actually out most of the time) of Hungary. Juhász is equally at home in just about any idiom. He does have a soft spot in his heart, though, for the rhythms of Africa.

Long-time accomplice of Bacsó, pianist Tzumó, who is also a graduate from the Monk Institute, put out a number of interesting solo projects, the most recent being an elegantly carved acoustic piano rework of Hungarian folk songs. His partnership with Bacsó has produced many memorable moments, especially when he gets the space to explore an original idea by his saxophonist friend on piano, as in No Blue. But if you check out This is for Ornette, a stunning composition in memory of Bacsó’s idol, you’ll hear Tzumó do fantastic things on keyboards, too. He owns the Fender, and was making great use of all his ensemble pianist capacities when he anchored both soloists, the driving saxophone and the guitar. The singing and plucking of Loueke are equally exciting when going along the melody in unison or when choosing to answer the questions put by Bacsó – or ask back. Louke arrived to grace the session when Triad arrived at its peak, quite some time spent together but still loads of musical ideas in the bag to be realised.

The Hungarian musical background of the Triad members comes to light big style in the Pannon (cf. Hungarian) Betyars (out-laws) on the Land of the Pampas. What makes it also accessible to audiences abroad is the genuine humour and self-irony that they are able to come up with when they are dealing with that heritage – presented in the wonderful structure of the composition. You do not have to search long for the blue element in the music of a nation which gave two standards to the world: Gloomy Sunday and Autumn Leaves. But Loueke and the spirit of these globe-trotting young gentlemen will give you a completely different story.