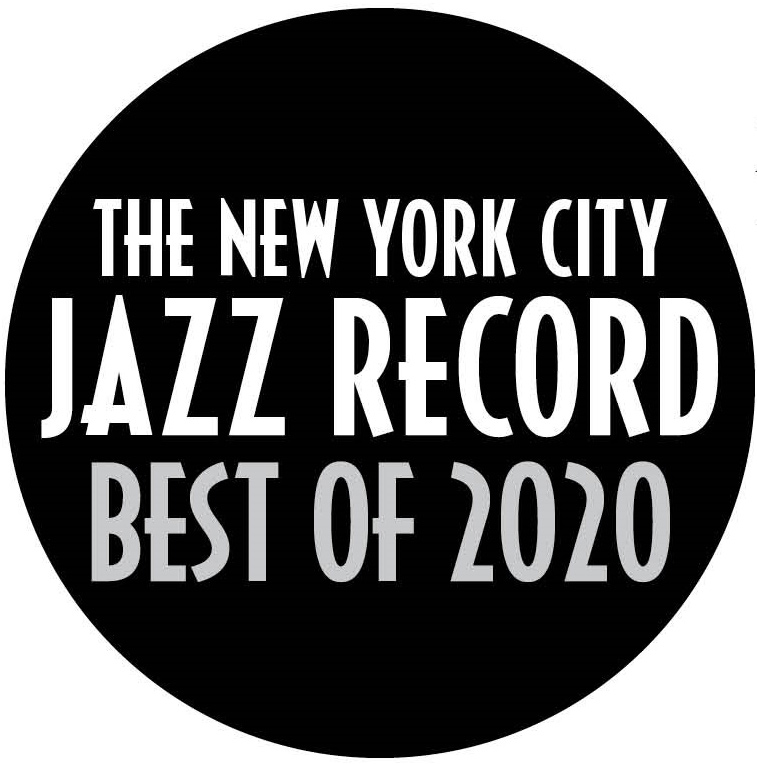 In 1874 the Russian composer Modest Mussorgsky wrote a piece inspired by an exhibition of paintings by his friend, the artist and architect Victor Hartmann, who had died the previous year. This music became Mussorgsky’s invitation to us to walk with him during the various movements which he called ‘Promenade’, and then to stop and look at a series of pictures. It’s a celebration of characters, real and imaginary, a celebration of life and fantasy, inspired by ballet costumes, the catacombs in Paris, toys and castles, women at a market...

MUSSORGSKY PICTURES REVISITED
What do you do when you go to an art gallery? You walk a little, you pause, you step back, you move a little closer. Slowly you dance your way around this creative labyrinth.
Who do you become? What if you allow everyone else to dissolve around you and the conversation is just between you and the paintings? What will you hear?
Dare to imagine and dare to recreate.
In 1874 the Russian composer Modest Mussorgsky wrote a piece inspired by an exhibition of paintings by his friend, the artist and architect Victor Hartmann, who had died the previous year. This music became Mussorgsky’s invitation to us to walk with him during the various movements which he called ‘Promenade’, and then to stop and look at a series of pictures. It’s a celebration of characters, real and imaginary, a celebration of life and fantasy, inspired by ballet costumes, the catacombs in Paris, toys and castles, women at a market. It’s an extraordinary piano composition whose score wasn’t even published until five years after Mussorgsky’s death. It was barely known, hardly played.
Yet ‘Pictures at an Exhibition’ has caught the imagination of so many musicians: of course Maurice Ravel’s brilliant and colourful 1922 orchestrations of the movements brought fame to the music, and went on to inspire numerous arrangements including Emerson, Lake and Palmer’s prog rock version, Tomita’s synthesiser take on the music, chamber orchestra versions, accordions and guitars. This recording is different though, this is a new take on music we think we know so well, and is now so aptly described as ‘Mussorgsky Pictures Revisited’.
So where had the idea come from? A pattern of events. “Frank Huegle, a photographer friend of mine” says Randalu “inspired by a sculpture in Karlsruhe, a suggestion of Mussorgsky, a newsletter from Moscow…”. And so a tantalising trail began to emerge. Back went Randalu to the piece which he’d practiced in his youth, but which he’d never performed. “Now I took the score I had already worked with back then as the basis. My father’s signature is in the score so I must have taken his copy, my signature dates 1998.“ Imagine that the gallery has shut for the night. The building is empty except for a pianist and a saxophone player. Anything might happen. Kristjan Randalu inhabits the persona of the gallery, and of the paintings themselves, while beckoning Dave Liebman, tempting him step by step. The lighting changes as they walk around, sometimes it’s ghostly and candlelit, sometimes bright and confrontational. “Let’s play” had been Liebman’s response to the invitation from Randalu.
The canvases are prepared and they play. Liebman has come armed with his own brushes, ready to look at the paintings from new angles as Randalu tilts these well known melodies, sending the pictures spinning and creating a whole new choreography. The ‘Promenade’ theme, as we first hear it, is familiar, or is it? The piano, bell-like and the gentle voice of the saxophone walk hand in hand briefly before the weird mystery of ‘Gnomus’ (apparently a strange nutcracker design originally) unsettles us, the two instruments, so cleverly, clashing, and flying in opposite directions.
We move on, in awe, and a little cautious. How beautiful, how soothing is our second ‘Promenade’.
The light is soft and warm, ready for the sumptuous harmonies of the old castle. By the time we reach ‘The Tuileries’ we’re ready for adventure: the music twists the already fun-filled image of children in the famous Parisian gardens into a deliciously abstract playground, a helter-skelter of musical delight which, as the scene changes becomes the rumbling, grumbling ox-cart in ‘Bydlo’, a cart that eventually seems to fly out of the frame, soaring, sweeping, drawing us into a grotesque, stamping dance, Mussorgsky’s melody finally returning us to a more lyrical world. But not for long. ‘Ballet of the Unhatched Chickens’ is outrageous. You can’t behave like that in an art gallery, can you? It’s a dance-off between the two instruments, virtuosic, breathless and thrilling.
There are portraits: Samuel Goldenberg and Schmuyle in one frame, bickering women in a French market in another. The first painting is proud, the second, well we can’t get a word in edgeways: the rhythms chasing each other round and round, the brushstrokes getting faster and faster. As we head toward the catacombs of Paris Mussorgsky has noted “the creative spirit of Hartmann leads me towards the skulls”. The music cuts through the night. The lamp flickers as a ghostly version of the ‘Promenade’ is heard through the darkness. We feel eerily alone in the gallery and suddenly the forces of the witch Baba-Yaga are let loose, a pianistic tour-de-force; is Baba-Yaga walking with us, or leading us where we fear to go?
The music has burst out of the frame.
The final ‘Heroic Gate’ is Mussorgsky’s tribute to Hartmann as architect, and in this epic version of the ‘Promenade’ our journey ends with reminders in gentle harmonies and lyricism of an underpinning of humanity. The door of the gallery is thrown open, and a blinding light pours in. The music stops. Where have we been? What has changed? Could it be that Mussorgsky himself has walked with us? This composer, once famous among his friends for his wild and entertaining piano improvisations has recognised that his ‘Pictures’ has a new life?
A pianist and a saxophone player shake hands. “Let’s play again?”
Fiona Talkington
October 2019

Kristjan Randalu is one of the most compelling pianists of his generation, sought after as soloist, collaborator, composer and arranger, his music described by Jazz Times as an “unnameable exotic land”. Born in Estonia in 1978 he moved with his family to Germany as a child where he continued his studies in Karlsruhe and Stuttgart, followed by the Royal Academy of Music in London and the Manhattan School of Music.
His musical partners have included Eivind Aarset, Mark Guiliana, Ari Hoenig, Nguyên Lê, Marilyn Mazur, Nils Petter Molvaer, Trygve Seim and Dhafer Youssef.
Randalu has performed as a soloist with the London Symphony Orchestra, the Stuttgart Chamber Orchestra, the New Chamber Orchestra of Berlin and the Tallinn Chamber Orchestra. He has performed at the Carnegie Hall, the Lincoln Center, the Berlin Konzerthaus, at festivals in London, Paris, Oslo and Istanbul, and toured in the United States and Canada, across Europe and in Turkey, Korea, Australia and Israel.
His awards include the 2007 Jazz Award of Baden-Wuerttemberg, the 2011 Elion Jazz Award in Estonia and his numerous recordings as both soloist and collaborator include a Grammy nomination in 2006 and Jazz Album of the Year at the 2012 Estonian Music Awards. In 2014 Randalu received the annual music award of the Cultural Endowment of Estonia and in 2018 the award for the Jazz Composer of the Year.
Randalu’s ECM-debut recording Absence was released in 2018.
NEA Jazz Master (2011) David Liebman’s career has spanned nearly five decades, beginning in the early 1970s as the saxophone/ flautist in both the Elvin Jones and Miles Davis Groups, continuing as a bandleader since. He has played on over five hundred recordings with nearly two hundred under his leadership and co-leadership.
In jazz education he is a renowned lecturer and author of several milestone books: Self-Portrait of a Jazz Artist, A Chromatic Approach to Jazz Harmony and Melody, Developing a Personal Saxophone Sound (translated into multiple languages), in addition to teaching DVDs, journalistic contributions to periodicals and published chamber music. Lieb’s autobiography What It Is: The Life of a Jazz Artist is a fascinating look into Lieb’s career. His bands over the years have included noted musicians such as John Scofield, Richie Beirach, Bob Moses, Billy Hart and others. The current group Expansions features some of the best of the younger generation.
Lieb is the Founder and Artistic Director of the International Association of Schools of Jazz (IASJ) existing since 1989, which is a worldwide network of schools from nearly 40 countries. Liebman’s awards, besides the NEA honor include the Jazz Educators Network (JEN) Legends of Jazz (2013); the Order of Arts and Letters (France 2009); Jazz Journalist’s award for Soprano Saxophone (2007); Grammy nomination for Best Jazz Solo (1998); Honorary Doctorate from the Sibelius Academy (Finland 1997). He is currently teaching at the Manhattan School of Music and a guest lecturer at Berklee College of Music.
Dave has consistently placed in the top positions for Soprano Saxophone in the Downbeat, Jazz Times and JazzEd polls since 1973.